The initial sample of the product is commonly known as prototype. Early industrial samples were handmade. When the drawing of the product comes out, the finished product may not be perfect, or even can't be used. Once the defective products are put into production, they all will be scrapped, which greatly wastes manpower, resources and time. Prototype is generally a small number of samples, the production cycle is short, consume less of manpower and material, can help quickly find out the shortcomings of design to be improved, providing sufficient basis for the design and mass production.

Mould is a kind of tool which can produce parts with certain shape and size. In industrial production, it is used for injection moulding, blow moulding, extrusion, die-casting or forging moulding, smelting, stamping and other methods to obtain the required moulds or tools of products, is "mother of industry" titled. Mould manufacturing and development include such processes like production, verification, testing and repair, almost all industrial products must rely on moulding.

Prototype and mould are broadly applied in the industrial manufacturing for customers confirming the details before mass production. 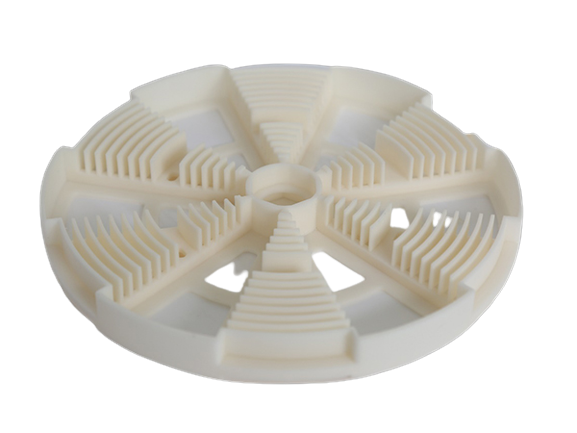 It follows that prototype & mould have the following functions in industrial product development and manufacturing:

Design validation
The prototype is not only visible, but also tangible. It can intuitively reflect the designer's creativity in real objects, avoiding the disadvantages of good painting but bad making.

Structural testing.
Owing to the assemblability, prototype can directly reflect the structure rationality and installation complexity, so as to facilitate finding and resolving problems.

Risks mitigation
Failure to manufacture the mould caused by unreasonable design may result in great loss of up to millions of dollars for the high cost of traditional process, which however, could be avoided through 3D prototyping.

The prototype makes the product available much earlier
Because of the advanced hand board production, you can use the hand board as a product before the development of the mould for publicity, or even the preliminary production and sales preparation, but also as early as possible to occupy the market design process.

The design and process of prototype determines the quality of mould to a large extent, and then affects the quality of the final product. Mould requirements are: accurate size, surface smooth and clean; Reasonable structure, high production efficiency, easy automation and manufacture, long life, low cost; reasonable and economical design. For the plastic mould and die casting mould, factors including pouring system, molten plastic or metal flow state, the position and direction of entering the cavity should be taken into consideration, that is to build a rational runner system.

The application of 3D printing in the design and manufacturing of prototype and mould is self-evident. Prismlab series of 3D printers adopting LCD light curing system is able to print samples, which can completely replace the traditional prototypes and moulds to some extent, thereby not only expediting mould opening, but also integrating revolutionarily the processing and improve the quality.

Applications of SLA 3D technology in mould design and manufacture: